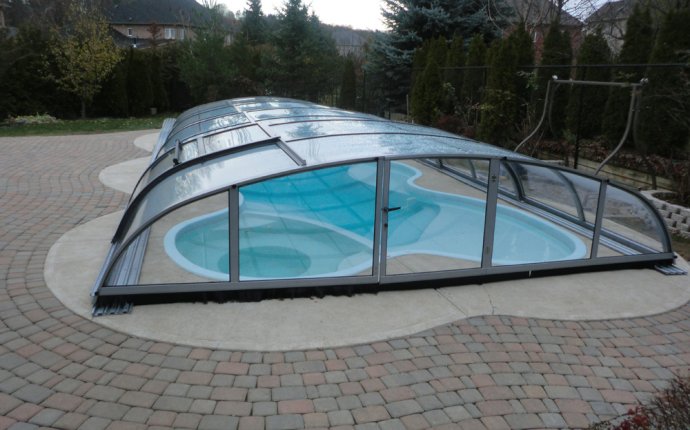 On May 3, 2002, Tom and Sheryl Lazare were unloading their car after a trip to the store when 17-month-old Anya toddled out of the garage and through an open gate leading to the pool area of their Villa Park, California, home. When they realized she was missing, they called for their older kids and scattered to look for her. Sabrina, then 14, and Foya, then 8, spotted Anya's body in the pool and screamed for help. Sheryl quickly pulled her out and began CPR. Paramedics arrived and rushed her to the hospital, but they couldn't resuscitate her. Anya had been underwater for too long.

"We try to remember what a happy, bouncy child she was, but there are moments when we just sit there and sob, " says Sheryl, who is still tortured by the thought that she and her husband were doing something unimportant when their daughter drowned. "It happened so fast. She was out of our sight for less than five minutes." Sheryl thinks that Anya fell in because she was trying to reach a blue exercise ball that had been floating in the water. The couple have since had the in-ground pool filled with dirt and turned into a putting green because Anya loved to putt. "We couldn't bear to look at it, " Sheryl says.

The reality is grim: Water is a big danger for little kids. According to the Centers for Disease Control and Prevention, every year about 800 children drown - the number of students on 11 full school buses. Drowning is the leading cause of injury-related death among children ages 1 to 3, and the second-leading cause among kids under 15. Despite these alarming figures, only 34 percent of parents know that water is one of the top killers of kids, according to a survey by Safe Kids Worldwide, a child-safety advocacy group.

"Drowning is quick and silent, " says Parents advisor Martin Eichelberger, MD, president and CEO of Safe Kids and director of emergency trauma and burn services at Children's National Medical Center, in Washington, D.C. "Young kids rarely make a big splash, thrash around, or scream for help like you see on TV. They usually fall in head first and sink to the bottom like a rock." A child who's underwater will lose consciousness after two minutes and suffer irreversible brain damage within four to six minutes.

Sadly, poor supervision is to blame for most drownings: Nine out of 10 children who've died in the water were being watched by an adult, according to Safe Kids. "Everyone thinks, 'It won't happen to me because I keep an eye on my children, '" says Maureen Williams, president of the National Drowning Prevention Alliance, in Huntington Beach, California. But small children move fast and can fall into the water in the seconds it takes you to answer your cell phone or grab a towel.

Watch Out Near the Water

Most toddlers and preschoolers drown in swimming pools, whereas kids ages 5 to 14 are more likely to drown in oceans, lakes, or rivers. (Babies are at greatest risk in bathtubs.) And even when parents know that a child has fallen into a pool or a lake, she can be surprisingly difficult to find. Kelly Hines, of Indianapolis, almost drowned in her family's above-ground pool when she was 13 months old. Wearing a light-pink swimsuit, she walked over to the edge and then disappeared from view. "Our pool was only 4 feet deep, but we couldn't see her, " recalls her mother, Susan, who was on the deck with Kelly's twin sister. Luckily, Kelly's dad was standing in the water and able to find and retrieve her in time. "The next day I went and bought her a bright, multicolored swimsuit, " Susan says.

Preventing a tragedy requires multiple layers of protection. Here are safety guidelines that every parent should follow.

Always stay within arm's reach. "When your child is in or near the water, you need to keep your eyes on her at all times, " says Tom Krzmarzick, MD, medical director of the Regional Pediatric Trauma and Emergency Center at the Children's Medical Center of Dayton. If you need to leave a pool area, take your child with you. Don't let babysitters take her swimming unless you're confident that they'll watch her constantly.

Select swimming areas carefully. Make sure that beaches or lakes are well maintained and supervised by a lifeguard. Stay in the designated swimming area, and don't go into the water if there are strong waves or currents that could pull your child under.

Use proper safety devices. Arm floaties and air-filled tubes aren't approved for safety and won't protect your child against drowning. Insist that your child wear a U.S. Coast Guard-approved life preserver whenever she's on a boat or raft, is near a river, is participating in water sports, or is near open bodies of water.

Don't rely on the lifeguard. Of course, it's best to have a water-safety expert nearby, but lifeguards don't always notice when kids slip under the water, says Dr. Eichelberger. It's up to you to keep your child safe.